Thanks to security cameras, you can watch what happens in your home when you are asleep or away. Some do even better; they let you view what’s happening real-time, anywhere you may be. SmartThings technology helps make this possible. 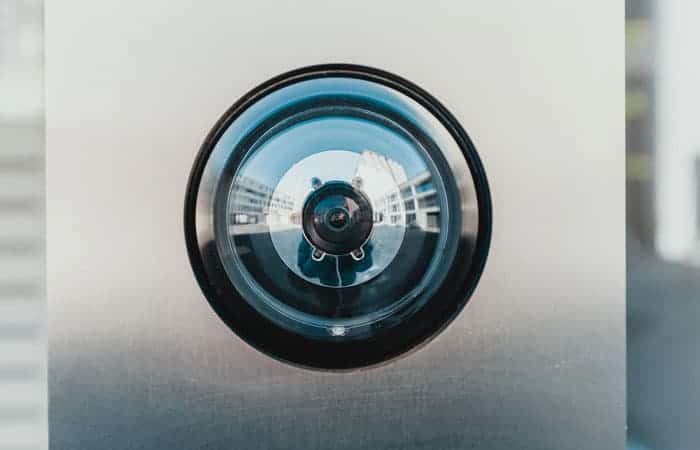 Not all security cameras are compatible with such technology though. If you like that remote access and extra controls, take a look at the following options. 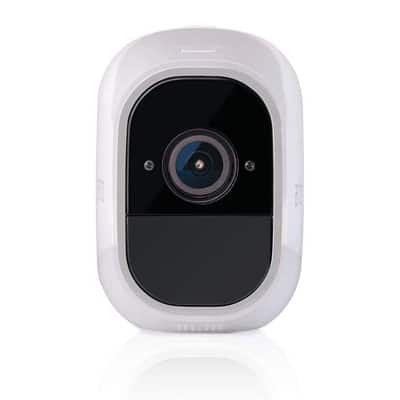 Arlo takes security to a whole new level with its Pro 2 model. This doesn’t just capture movements; it also records sounds. Its video quality is noteworthy, too.

What’s the point of having a camera if it can’t record clearly? Arlo’s offer captures more detailed videos. With 1080p HD video resolution, you can zoom in to get a better view without worrying about blurry parts.

This camera doesn’t just let you listen and watch to what’s going on in your house. It also allows you to talk back. With this feature, you can give instructions and control other devices in your home.

Mounting is one of the challenges of installing security cameras. That’s not the case with Arlo Pro 2 though. With its magnetic mount, you can easily put it in place.

This camera is powered by lithium polymer battery. It’s rechargeable and it lasts for four to six weeks. It’s also quick-charging.

If you’re not keen on recharging your Pro 2’s batteries once a month, you can choose to plug it instead. Plugged in, you can set it in a way that monitors three activity zones in the room where it’s installed. You can also take advantage of the 3-second look-back feature.

Arlo Pro 2 is IP65-certified to withstand the elements. As such, you can place it outdoors like on the walls of your gate or deck. 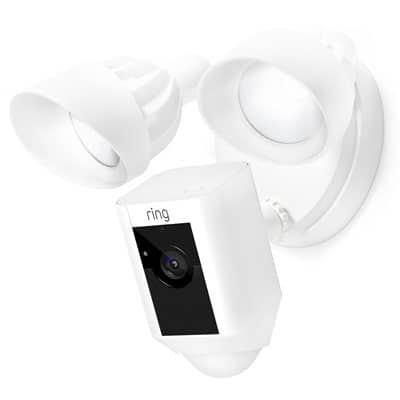 Ring Floodlight Camera doesn’t just warn you; it also lets you warn intruders. This is highly recommended if you have a posh home and plenty of pricey possessions. It’s also worth considering if you travel a lot and leave no one in your residence.

Many intruders tend to do their crime when they know that the homeowners aren’t around or are asleep. With your Ring camera’s siren, you can scare them off. Thanks to its remote activation feature, you can also make them think you’re at home even though you’re somewhere else.

This camera will also stun intruders with its ultra-bright floodlights. Like the siren, you can also turn on these lights remotely.

During the day, Ring Floodlight Camera records videos and gives live views in high definition. Expect the same quality when the area or room it covers is well-lit at night. Even if there are no lights though, it can still take videos, thanks to its infrared night vision.

If you don’t want people to know that there’s nobody in your home, you can use the Ring camera’s two-way talk feature. With this, you can talk to a nosy person trying to peek through your windows or doors. Make him or her assume that you’re just at home even if you’re away.

One of the concerns of using security cameras is invasion of privacy. This won’t be much of a problem if you’re living alone and if you rarely invite people. Otherwise, you likely need Ring’s privacy features.

With this camera, you can set privacy zones. You can also block some forms of audio. These aren’t just useful in preventing the recording of intimate moments. If your camera is near your entryway, the said features can help you hide what your door code is or where you hide your key. 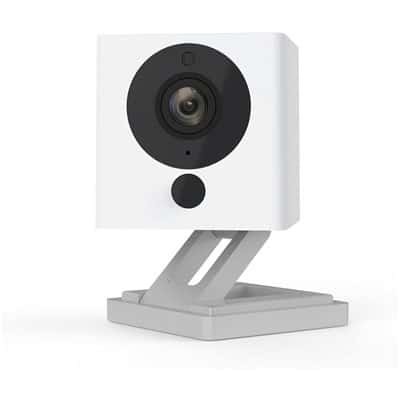 Top-quality home security cameras are usually pricey. That’s not the case with Wyze Cam V2 though. While it’s affordable, it still gets the job done way better than others.

Despite its low price, Wyze doesn’t sacrifice video quality for its Cam V2. It always provides 1080p HD recordings that you can view live or later on.

Wyze’s camera technology knows the patterns of your carbon monoxide and smoke alarms. As such, it can send you notifications when it senses alarm for either of the two.

Easy to Set Up

There’s no need for you to get a screwdriver and a pack of screws to install this camera. It has an affixed mount that you can simply place on top of a flat surface. Another option is to attach the metal plate with the help of an adhesive tape. Then, you can connect the camera’s magnetic base on the said metal plate.

Cam V2 isn’t just for security. You can use it to make time-lapse videos, too. To do this, you need to schedule the recording of the event or activity that you want to capture on camera.

Wyze’s security camera requires a microSD card. At one point, the memory of the card will get full. It doesn’t mean it will stop recording videos though. Once it’s filled, the oldest files will be overwritten with the new ones. 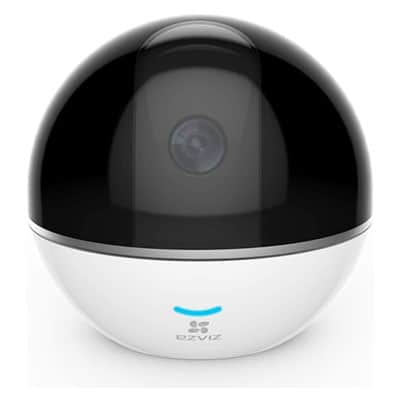 With EZVIZ C6TC, you don’t need to get two or more cameras for a room. This minimalist-looking option can handle the job on its own.

As its name suggests, the C6TC Mini 360 Plus lets you view an entire room. It rotates 360 degrees after all. Install it on or near the midsection of the ceiling to make the most out of this feature.

One problem with 360-degree cameras is the low video quality. As it rotates, the lens has to adjust, which leads to such problems. EZVIZ’s offer doesn’t do that though. Its video resolution remains at 1080p Full HD.

There are two ways for C6TC camera to store videos: one is through an installed microSD card and another through cloud. The latter lets you view the recordings wherever you may be. The former tends to be cheaper and more secured option. The best, however, is using the two options so you have a backup in case one malfunctions.

You don’t have to turn on the lights all night long so the EZVIZ camera can record clearly. It has two built-in infrared lights that make nighttime recording feasible. Video details won’t be crystal clear, but movements will be captured well. The infrared lights can reach up to 10 meters as long as there are no obstacles around.

Cameras for SmartThings differ in some ways. When shopping, check out the features and choose the ones that suit your needs and budget. Do you have kids and/or pets? What kind of controls do you want to have? Consider these things to get the best home security camera. 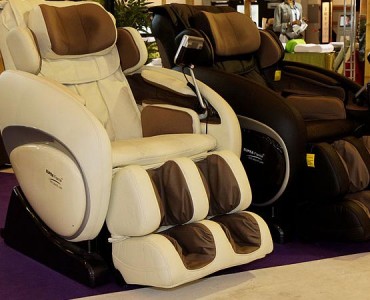 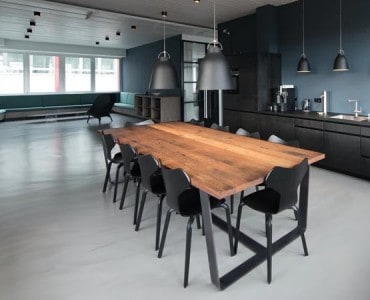 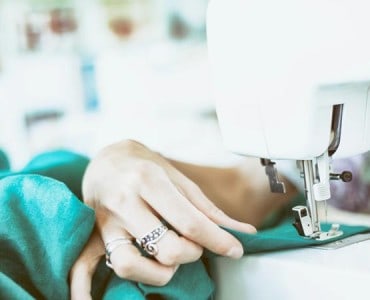