Termites are small, soft-bodied insects that live in colonies. They are major pests of wood and wood products, and can cause extensive damage to buildings and other structures. Termites are often called “white ants” because they are similar in appearance to ants. There are over 2,000 species of termites worldwide. 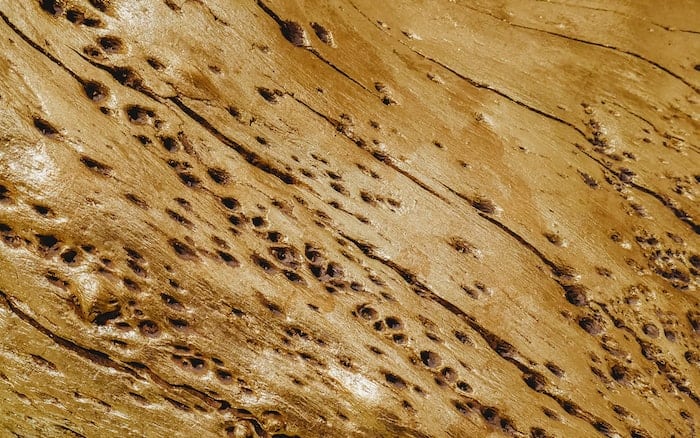 There are over 2,000 species of termites, all of which are social insects. Termites live in colonies that can range in size from a few hundred individuals to several million. Termites are divided into three castes: soldiers, workers, and reproductives. The soldiers and workers are sterile, while the reproductives are fertile.

The soldiers protect the colony from predators and parasites, while the workers build the nests and care for the young. The reproductives mate and produce new offspring. Termites are found on every continent except Antarctica.

Termites are important decomposers of dead plant material. They help to recycle nutrients back into the soil. Termites also play an important role in forest ecosystems by aerating the soil and providing habitat for other animals.

Yes, termites can fly, but not all species of termites do. Some species have winged males and females that mate and then establish a new colony. The winged termites have two pairs of wings that are all the same size, while other insects have one pair of larger wings and a smaller second pair. The flying termite has a very thin waist and long legs. After they mate, the female’s wings break off and she becomes the king or queen of the new colony.

Termites are often thought of as gentle creatures that mind their own business, but there are some species that will bite humans if they feel threatened. While the bites do not usually cause serious harm, they can be painful and cause swelling and itching. If you have termites in your home, it is important to be aware of the potential for biting and take precautions to avoid being bitten.

Mulch is a material, usually organic, that is spread over the surface of soil. Its main purpose is to conserve moisture in the soil, but it also provides other benefits such as suppressing weeds and improving the overall appearance of the landscape. Some people worry that mulch will attract termites, but there is no evidence to support this claim.

Termites are attracted to wood, not mulch. In fact, mulch can actually deter termites because it prevents them from accessing the wood they need for food. If you are concerned about termites, it is important to make sure that there is no wood in contact with the ground near your home. If you have mulch next to your foundation, keep it at least 12 inches away from any wooden structures.

When Do Termites Swarm?

Most homeowners are familiar with the damage that termites can cause. What they may not be familiar with is when termites swarm. Swarming termites are reproductive termites that leave their nest in order to mate and start new colonies. Swarms usually occur in the spring, but can also happen in the fall or summer. If you see a swarm of insects near your home, it’s important to call a pest control professional right away to determine if they’re termites and to get rid of them before they have a chance to do any damage.

Are Termites Attracted to Light?

Termites are often attracted to light, although this behavior is not fully understood. Studies have shown that termites are more likely to be drawn to light that is blue or green in color, rather than white or yellow light. One theory is that termites mistake these colors for the sky, which they use as a navigation tool.

However, it is also possible that termites are simply attracted to any source of light. This behavior can be problematic for homeowners, as it may lead termites into structures where they can cause damage. There are a few things that homeowners can do to discourage termites from being attracted to light near their property. One is to install yellow or white LED lights, which studies have shown are less attractive to termites than other colors. Homeowners should also avoid leaving lights on near potential entry points for termites, such as cracks in the foundation.

Yes, termites do eat wood. In fact, that’s their primary food source. Termites are small, wood-destroying insects that live in colonies underground. They tunnel through the ground and enter homes through tiny cracks in the foundation. Once they’re inside, they begin eating the wood in your home – often causing extensive damage before you even realize they’re there.

Termites are one of the most feared pests because they can cause extensive damage to homes and other buildings. Some people also worry that termites will make noise and disturb their peace and quiet. However, termites are actually quite silent creatures. They communicate through vibrations in the ground, which humans cannot hear. So, if you’re ever worried about termites making noise, you can rest assured that they won’t be bothering you with their sound.

Why Do Termites Eat Wood?

Termites are one of the most common insects in the world and they are known for eating wood. But why do termites eat wood?

There are many reasons why termites eat wood. One reason is that wood is a good source of food for them. Termites need to eat cellulose to survive, and wood is full of cellulose.

The last reason why termites eat wood is because it helps them protect themselves from predators. When termites build their nests, they make sure that the entrances are small and well hidden. This makes it difficult for predators to find them and get into their nests.

Are Termites Harmful to Humans?

Though termites pose no direct threat to humans, termites can cause indirect damage to humans by damaging homes and other structures. Termites are especially drawn to wood that is already weakened by decay or water damage. As they eat away at the wood, it weakens further and can eventually collapse. This poses a serious safety hazard to humans, as well as a costly repair bill.

In addition to causing physical damage to property, termites can also cause financial damage to humans. If a home or other structure is infested with termites, the value of the property decreases significantly.

Yes, ants are known to eat termites. In fact, ants are one of the main predators of termites. There are many different species of ants that eat termites, and they play an important role in controlling the population of these pests.

The most common type of ant that eats termites is the pharaoh ant. These ants are native to Africa, but they have been introduced to many other parts of the world through human activity. Pharaoh ants are small and reddish-brown in color. They live in colonies that can number in the thousands. Pharaoh ants will often enter homes and other buildings in search of food. Once inside, they will build their nests near sources of food, such as termite colonies.

Cedar is a type of wood that is known for its durability and resistance to rot. However, termites are one of the few creatures that can break down this tough wood. While most termites prefer softer woods, they will eat cedar if given the chance.

While cedar is a tough wood, it is not immune to termite damage. If you have termites in your home, you may notice small piles of sawdust near their nests. You may also see holes in your cedar furniture or wooden beams.

Bleach is a common household cleaner that is used for disinfecting surfaces. However, bleach can also be used to kill termites. When diluted, bleach can be sprayed directly onto termites and their nests. The chemicals in bleach will kill the termites and any other insects that come into contact with it.

Flying ants and termites may look alike, but they are actually two different species. Although both insects have wings, flying ants are typically larger than termites and have a narrower waist. Termites also have straight antennae, while flying ant antennae are bent.

If you’re not sure what kind of insect you’ve seen, contact a pest control professional to help identify the problem and come up with a solution.

There are many things in a home that termites can eat, but drywall is not one of them. Termites eat wood, and drywall is made of gypsum, which is a non-nutritious material for them. If you have termites in your home, you’ll likely find them eating the wood framing around your doors and windows or the wood in your floors and walls. While they may cause cosmetic damage to your drywall by burrowing through it, they won’t actually eat it.

When Is Termite Season?

Termite season generally runs from March to October, although there can be some activity outside of those months. The most common type of termite in the United States is the subterranean termite, which builds its nests in the soil. These termites are especially active during the spring and summer months when the weather is warm and humid.

Do Termites Die in The Winter?

As the weather begins to cool down and we start seeing snowfall in some parts of the country, you may be wondering what happens to termites. Do they die off in the winter?

The answer is both yes and no. While some termites may die during the winter months, others are able to survive and even thrive in colder climates. It all depends on the species of termite and where they live.

For example, drywood termites are native to regions with warm climates and cannot survive in cold temperatures for long periods of time. If they are exposed to freezing temperatures, they will likely die. However, other types of termites such as Formosan Termites are known to be able to withstand colder climates and have even been found in snowy areas.

Though they are not known for their acrobatic abilities, termites can jump. This is usually done in order to escape predators or to find a new food source. When a termite jumps, it uses its large hind legs to propel itself into the air. While jumping may not be their specialty, it is certainly an impressive feat for such a small creature.

Termites are often considered pests because they feed on wood, which can cause structural damage to homes and buildings. However, termites are actually interesting creatures that have a number of unique behaviors. For example, do termites sleep?

Most species of termites are active during the day, but there are a few that are active at night. Termites generally sleep in their nests, which are built from mud and saliva. The nests provide protection from the elements and predators.

During cold weather, termites will go into a state of hibernation. This means that they will slow down their metabolism and activity level in order to conserve energy. When the weather warms up, termites will become more active again.

So, do termites sleep? Yes, they do! But their sleep patterns vary depending on the season and the species of termite.

Diatomaceous earth is a naturally-occurring substance made up of the fossilized remains of tiny algae. It’s used in a variety of ways, including as an abrasive, absorbent, and insecticide. When it comes to termites, diatomaceous earth can be an effective way to kill them.

When used correctly, diatomaceous earth can kill termites by causing them to dehydrate and die. Termites are attracted to the substance because it contains silica, which they need for their exoskeletons. Once they come into contact with diatomaceous earth, however, the silica starts to absorb moisture from their bodies. This leads to dehydration and death.