Are Fruit Flies and Gnats the Same Thing?

Both fruit flies and gnats are common pests in the home. They are often seen flying around food or near garbage. While they may look similar, there are some key differences between these two insects. 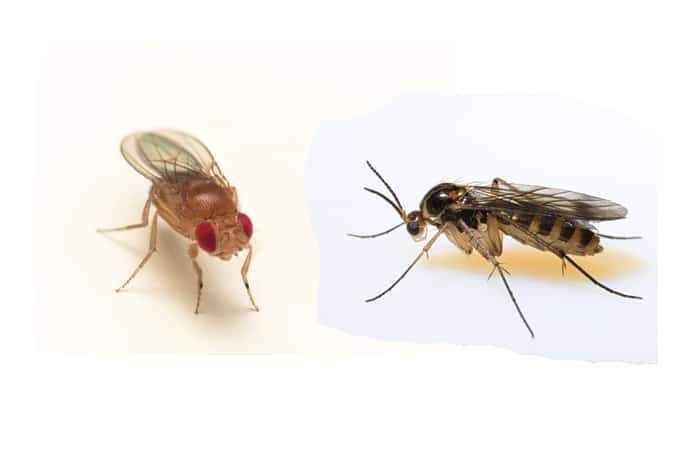 Fruit flies are small, brownish-red insects with black stripes on their wings. They are attracted to the sweetness of fruits and vegetables, which is why they are often found near kitchens.

Gnats, on the other hand, are smaller and darker than fruit flies. They have a more defined head and longer legs. Gnats typically live in moist soil, so they are commonly found near garbage cans and drains.

While there are many different kinds of pests that can infest your home, these two insects are among the most common.

What Do Fruit Flies and Gnats Eat?

These two types of insects are often found in homes, and while they may seem similar, their diets are actually quite different.

Fruit flies feed on overripe fruits and vegetables, as well as sugary liquids. They’re attracted to the fermentation process that takes place in these foods, which is why you’ll often see them near garbage cans or compost bins. To get rid of fruit flies, remove any rotting food from your home and clean up any spills quickly.

Gnats, on the other hand, feed on plant nectar and other small insects. They’re commonly found near potted plants or flowers since that’s where their food source is typically located. If you have a gnat problem, try placing a sticky trap near where they’re congregating. 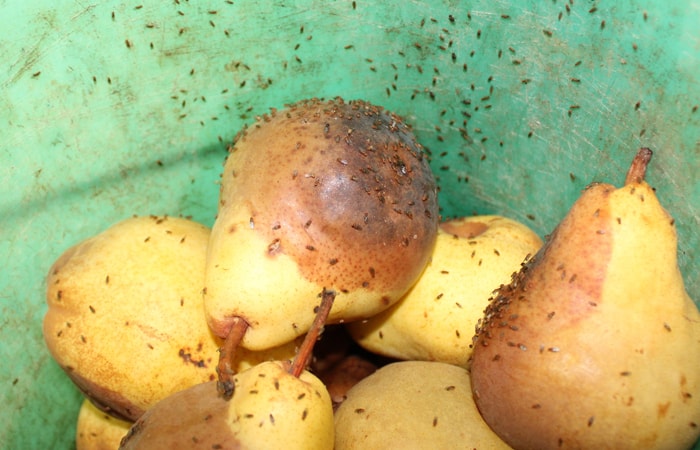 How Do Fruit Flies and Gnats Behave?

Fruit flies and gnats are both small, winged insects that are attracted to fruit. They are often found in kitchens and other places where food is present. While they may seem similar, there are some key differences in their behavior.

Fruit flies feed on the sugars in fruits and other sweet substances. They typically lay their eggs near these food sources so that the larvae will have something to eat when they hatch. Fruit flies typically live for about two weeks.

Gnats, on the other hand, feed on decaying matter such as dead leaves or rotting fruit. They are attracted to these areas because of the high levels of carbon dioxide that is produced by decomposing material. Gnats typically live for about two months.

Will a Fruit Fly Trap Work on Gnats?

If you have a problem with fruit flies, you may be wondering if a fruit fly trap will work on gnats. While both insects are attracted to fruit, they are different species and a trap that works for one may not work for the other. Here’s what you need to know about using a fruit fly trap for gnats.

Gnats are small, flying insects that are attracted to sweets and fruits. Like fruit flies, they can be annoying pests in the kitchen or anywhere food is present. But unlike fruit flies, which are drawn to overripe fruits and vegetables, gnats are more likely to be found near decomposing matter or standing water.

How Do You Get Rid of Fruit Flies and Gnats?

If you’re dealing with a fruit fly or gnat infestation, you’re probably wondering how to get rid of them as quickly as possible. There are a few things you can do to get rid of these pesky pests.

One way to get rid of fruit flies and gnats is to use a trap. You can make a homemade trap by mixing apple cider vinegar and dish soap in a bowl. The dish soap will break the surface tension of the vinegar, causing the flies and gnats to drown. You can also purchase traps at your local hardware store.

Another way to get rid of fruit flies and gnats is to eliminate their food sources. If you have ripe fruits or vegetables lying around, they may be attracting these insects. Be sure to store food in airtight containers and dispose of any rotting produce immediately.