Why Is There Ants in My House

Deborah Torres
Table of Contents show
1 Types of Ants In Houses
1.1 Sugar Ants
1.2 Carpenter Ants
1.3 Fire Ants
1.4 Thief Ants
1.5 Pavement Ants
1.6 Crazy Ants
1.7 Ants that Can Fly
2 What Do Ants Eat?
3 Why Are There Ants in My House?
3.1 Ants Are Attracted to Food and Moisture
3.2 Ants Are Looking for A New Home
3.3 Ants Build Their Nests in Warm, Sheltered Areas
3.4 Ants Are Attracted to Garbage and Compost Piles
4 How Can I Get Rid of Ants?
4.1 Use Ant Baits
4.2 Use Ant Traps
4.3 Clean up Spills and Food Crumbs
4.4 Fix Leaks and Tighten Holes
4.5 Remove Water Sources
4.6 Use Pesticides
5 Conclusion

One of the most common pests in houses is the ant. Ants can be difficult to get rid of because they build their nests underground or in other hard-to-reach places. They are also very determined, and will keep trying to get into your house no matter what you do. In this article, we will discuss how to identify an ant infestation, as well as some methods for getting rid of these pests. 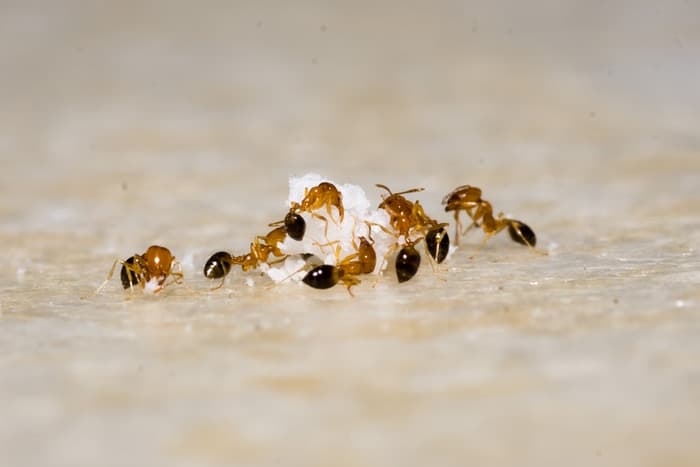 Types of Ants In Houses

Ants are a common pest found in many households. While there are many different types of ants, only a few are commonly found in homes.

Sugar ants are small, reddish-brown ants that get their name from their love of sugar. These pests can be found in both indoor and outdoor environments, where they forage for food. Sugar ants often build nests in soil or under objects, and they can swarm when disturbed. Although sugar ants aren’t considered a major threat to humans, they can contaminate food and cause minor property damage.

These ants get their name from their habit of building nests inside of wooden structures. Carpenter ants are different from most other types of ants because they do not eat seeds or plants. Instead, they eat insects and other small animals. Carpenter ants live in colonies that can have thousands of individuals.

Fire ants are a species of ant that is known for its painful stings. These ants can be found in the Southern United States, Central America, South America, and some parts of Asia. They live in warm, moist areas near sources of water. Fire ants build their nests in the ground, often using leaves and other debris to form a protective barrier around their colony.

Fire ants are aggressive and territorial. They will sting anything that disturbs their nest, including people and animals. The sting from a fire ant is very painful and can cause swelling and itching. In some cases, an allergic reaction to the sting can be fatal.

Despite their aggressiveness and ability to cause pain, fire ants are an important part of the ecosystem. They help to control populations of harmful insects, such as caterpillars and grubs.

Thief ants are a small, black ant that is most commonly found in the southeastern United States. They get their name from their habit of raiding the nests of other ants to steal food. Thief ants are also known for their aggressive behavior and their ability to quickly swarm and take over a colony of other ants.

Pavement ants are a small, black ant that is found in the United States. They get their name because they often live under pavement and other man-made structures. They are very common in urban areas. Pavement ants eat a variety of things, including other insects, sweets, and proteins. They can be pests because they often invade homes in search of food.

Crazy ants, also known as Tawny crazy ants, are a small but invasive ant species. They get their name from their erratic, hyperactive movements. Crazy ants thrive in warm, humid environments and can be found in the southern United States, Mexico, and parts of South America.

One of the biggest threats posed by crazy ants is their tendency to form massive colonies that can quickly take over an area. These colonies can contain up to one million workers and multiple queens. The insects are also known for their voracious appetite; they will eat almost anything, including other insects, seeds, and even electrical wiring.

Crazy ants are a serious threat to crops and other vegetation, and they can also cause extensive damage to homes and other buildings. In addition, the ants can spread harmful bacteria and viruses.

Ants that Can Fly

Ants that can fly are a species of ant that has evolved to have wings. These ants are usually found in tropical or subtropical areas, and they use their wings to travel between trees. Flying ants can be differentiated from other ants by their two pairs of wings, which are about the same size. Flying ants also have large eyes and a thin waist.

What Do Ants Eat?

Ants are omnivores and will eat almost anything, including other insects, sweets, and meats. They are especially attracted to sugar and can travel long distances to find a food source. Ants typically consume their food outdoors, but they may also forage inside buildings. While they are not as efficient at digesting solid foods as other animals, ants can digest a wide variety of items.

Why Are There Ants in My House?

The warm weather is finally here, and with it comes the insects. Ants are one of the most common springtime pests, and they can often be found in homes and gardens. While ants may seem like a harmless nuisance, they can actually do some damage. Here are a few reasons why you might be seeing ants in your house this spring.

Ants Are Attracted to Food and Moisture

Ants are attracted to food because they need it to survive. They eat a variety of things, including sweets, meat, and plants. If you have food sitting out on your counter or crumbs on the floor, ants will be drawn to it.

Moisture is also attractive to ants. They need water to survive, and they can find it in places like leaky faucets, wet basements, and puddles. If you have a lot of moisture in your home, ants will be more likely to come inside.

Ants Are Looking for A New Home

The ants you see marching around your kitchen are likely looking for a new ant colony. Ants are very social creatures and live in colonies that can number in the hundreds of thousands. If you have an ant problem, it’s likely that there is a nest somewhere nearby.

Ants prefer to build their nests in areas that are warm and protected from the elements. That’s why you often see them inside houses, in crawlspaces, or under eaves. Ants will also build nests in piles of debris or wood, so if you have a garden or live near a wooded area, you may be more likely to see ants in your home.

Ants Are Attracted to Garbage and Compost Piles

Ants are drawn to the smell of food, and if you have a pile of rotting food in your backyard, it’s no wonder that they might venture into your house looking for a snack.

How Can I Get Rid of Ants?

Ants are a common pest that can be difficult to get rid of. There are a few things you can do to try to get rid of ants:

Ant baits are food that has been mixed with a chemical that kills ants. The bait is put out in small piles near the nest. The ants eat the bait and take it back to the nest. The poison kills the queen and the rest of the ants die.

There are a number of different types of ant traps available on the market, but the most common type is the liquid ant trap. These traps work by containing a liquid that attracts ants. Once the ants reach the trap, they drown in the liquid.

Clean up Spills and Food Crumbs

If you’re dealing with an ant problem, the best way to get rid of them is by addressing the conditions that are attracting them in the first place. Clean up spills and food crumbs, and keep your kitchen and other areas clean and free of clutter. 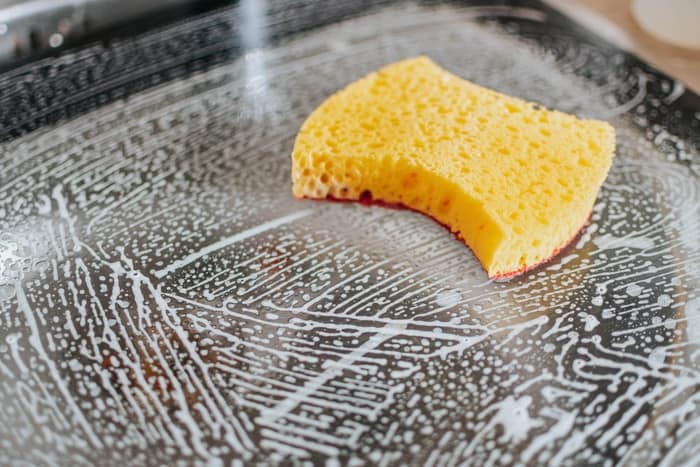 Ants come in from the outside looking for food. If you have a leaky faucet or a hole in your wall, they will find it and come inside. Fixing the leaks and tightening the holes will stop them from coming in, and you will be able to get rid of the ants.

Ants need water to survive, so if you can deprive them of it, you’ll be well on your way to getting rid of them. Block off any cracks where ants might be getting in, and make sure your HVAC system is properly sealed.

Pesticides can be bought at a store, or you can make your own. If you are going to buy one, make sure it is for ants specifically.

In conclusion, it is important to remember that ants are a part of nature and they play an important role in the environment. While they may be a nuisance when they invade our homes, they are not harmful and can be easily removed. If you have an ant problem, there are many ways to get rid of them, including using store-bought or homemade remedies.

Can You Vacuum Ants?

How to Get Rid of Flying Ants Inside the House

Why Are Carpenter Ants in My House