Deborah Torres
Interior Fun is supported by its readers. When you purchase through links on our site, we may earn an affiliate commission. Also, as an Amazon affiliate, we earn from qualifying purchases.
Table of Contents show
1 Furniture
2 Fabrics
3 Colors
4 Finishes
5 Glamour
6 Elegant Refinement
7 Strict Attention to the Finest Details
8 Lots of Gold, Lots of Brass
9 Luxury Without Opulence
10 Art Deco and Midcentury Modern Connections
11 Designed Centered Around Human Connections

Hollywood Regency Style began as a style around the time of Hollywood’s Golden Age, when film sets were extravagantly decorated. These set styles then continued on to the homes of actors and actresses, to match their opulent lifestyles. The style showcases bold, luxurious interiors that exude glamour. It is all about living life king size and making every moment spent in your house feel like a real life movie. 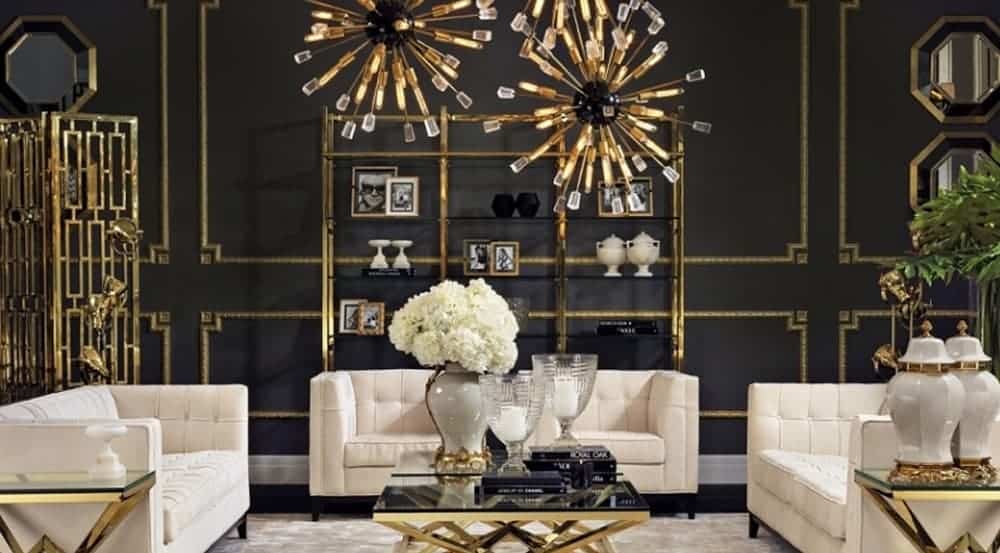 Here’s everything you need to know about how to create the this style.

For a style that’s all about grandeur, the furniture is kept small scale and pared down. This is due to the fact that the objective is not to draw attention to the furniture but to create a space for entertaining and socializing with others. Pieces that encourage conversations and social gatherings are recommended. Tufted seating, armchairs in velvet, wooden tables with detailed woodwork and simple furniture with metallic finishes are all utilized here in a toned down manner.

Thick velvets, silks, and suedes are all part of the Hollywood Regency style. The allure of plush fabrics and flowing silks that makes anyone want to reach out and touch them is important to this look. Fabrics in red, gold, white and silver are often used and It is also not uncommon to spot an animal print in this style.

The colors used are generally shades of whites and blacks with pops of bold colors. The colors are made to be contrasting and loud. Patterns are also present but are kept minimal to keep the style from being excessive. Regal and luxurious shades of purples, reds and blues are often used for the pops of colors, and jewel tones are present throughout to complete the look.

Mirrored, metallic and lacquered finishes give this style the star power. Sleek and shiny surfaces are abundant, with glossy side tables and bed posts to lacquered cabinets. Mirrors can be seen everywhere, as mirrored finishes or decor. This doubles on the light and makes rooms appear grander. A classic decor item is the sunburst mirror which is a circular mirror with thin golden spokes all around, can be used in any space.

Glamour is paramount to the style. Shiny surfaces, luxurious fabrics and jewel-toned decor amps the drama and makes anyone feel indulgent. Add a bold light fixture or a wallpaper with gold details. There is never too much glam in Hollywood Regency Style.

The style of the stars, has captured imaginations for decades. The designers who created these spaces are renowned for their work even today, like Dorothy Draper and Billy Haines. It turns a simple space into a palatial abode and turns anyone into the center of attention, a star. It is not a style for the faint-hearted, as all the glitz and glamour are the opposite of toned down minimalism. Its charisma lies in being bold and overdone, and stylish at that.

It’s easy to understand why when people hear other words “Hollywood Regency” as a design that they think about The Great Gatsby, the elegance and the luxury of the Roaring 20s, and a real connection to the Golden Age of Hollywood.

There’s just a real sense of elegant refinement when we look upon that era, soaking in the unbelievable glamour, the glitz, the bright lights, and the liveliness of photographs and films from that time period.

Most impressively is the fact that so much of this source material from that time is in black and white, but we can feel and almost live those images in color just because this elegance in this real sense of refinement.

Strict Attention to the Finest Details

There’s a lot of drama, a lot of sensuality, and a unique balance between delicate spaces and bolder elements that really makes up the foundation. All of that is only possible thanks to a real strict attention to detail.

Unlike a bohemian chic style interior, for example (where things can sort of be thrown together at random) are impeccably manicured – to the point where it can be a little bit hard to distinguish perfect Hollywood Regency designs from set dressings you find on a movie lot or film studio.

Every detail adds to the overall experience, from pendant lights and black lacquer everywhere to the way light bounces off of a crystal chandelier or beautiful bar cart.

Lots of Gold, Lots of Brass

The designs are also swimming in gold and brass, it’s difficult to imagine any truly authentic Hollywood Regency Style designed space not really celebrating these color palettes and these materials.

Again, it all goes back to that real sense of elegant refinement. Things can be bold but usually not in size or scale, but instead usually the type of materials that are used – materials that always circle back to the wealth and prestige that Hollywood glamour was all about during the Golden Age of movie stars.

There is a core distinction that you want to make when it comes to design elements, though, and that’s the major difference between the luxury elements of this design language and over-the-top opulence – an exhibition of wealth just for the exhibition of wealth, something that could be further from the spirit of Hollywood Regency if it tried.

Granted, Hollywood Regency Style is going to have a bit more of a luxury air to it and century Italian or French country design elements to be sure. But we aren’t talking about the furnishings of a palace here.

There’s still a lot of functionality, a lot of familiar and comfortable spaces that have a bit more “rigidity” than a rumpus room – but certainly nothing that feels old, suffocating, or stuffy.

It’s also important to remember the celebration of design elements but with a couple of other design aesthetics that really took off around the same time – Art Deco and Midcentury Modern design elements.

The influence and cross-pollination that Hollywood Regency and Art Deco have with one another are very obvious and immediately apparent, even if you haven’t ever spent any real time focusing on the interplay between these styles.

The whole look, the whole field, and the whole atmosphere feels like it is a close cousin to Art Deco, even if Hollywood Regency style feels a bit more like the “California cousin” to the more New York style of Art Deco than anything else.

There’s a bit more whimsy, bit more friendly, and a bit more relatability to Hollywood Regency compared to the other style – but the bones and “skeletal structure” of both of these design languages share a lot more in common than they have differences.

Midcentury modern came on the backend the Hollywood Regency craze (the original one, anyway) but was heavily influenced by that design language.

A lot of the refinements, a lot of the attention to detail, and a lot of the melting between luxury elements and functional pieces were brought over and infused into the midcentury modern world – really helping to elevate this style and making it truly iconic in its own right.

One of the most important things you want to remember should you decide to fill a space is the importance of designing everything (and we mean EVERYTHING) around human connections and human interactions.

Because our modern world is heavily influenced and directly impressed upon by technology pretty much every single minute of every single day it’s easy to forget that there was a time when all of these amazing gizmos and gadgets (and digital distractions, really) didn’t exist.

When Hollywood Regency was really taking off as a design aesthetic there weren’t TVs tucked away in living spaces, there were no laptops or desktops to be seen, and there certainly weren’t any tablets or smart phone devices cluttering up the place, either.

Instead entertaining spaces were designed to do exactly that – entertainment – as effectively as possible. Furniture was organized not around watching a wall with moving pictures (on a TV) but was instead organized towards the middle of the space to facilitate easier conversations and to make people feel more welcome at the same time.

If you’re going to create a truly authentic Hollywood Regency inspired space you’ll need to make sure that you try to take the same approach as much as possible. Obviously you’ll likely want to include as much of our modern technology as possible to make your life easier and to enjoy all that technology brings to the table – but it’s a fine line to walk between Hollywood Regency and these modern conveniences.

With a little bit of effort and little bit of focus, though, you should be able to pull that off without too much trouble. Just zero in on the human elements of individual spaces and you’ll have nothing to worry about. 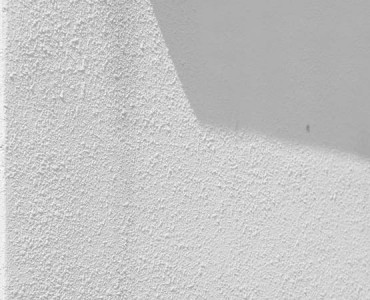 Different Types of Wall Textures to Give Your Room Depth 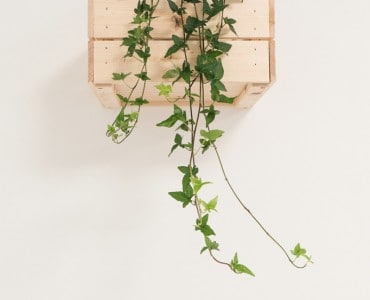 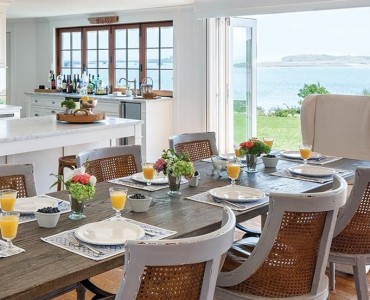 Everything You Need to Know About Coastal Interior Design